Organizations that do good are more successful in the markets they compete in. Stated bluntly: Ethical businesses that do right…do better!

As a business coach, I always remind my clients if they implement ethical practices, it will have a direct POSITIVE impact on their bottom line. It turns out, there is an entire field (heck a global “Who’s Who”) of organizations that prove this is TRUE.

Check out this year’s list of 110 companies that have been awarded the prestigious “World’s Most Ethical Companies” distinction.

These organizations, which represent a broad range of sectors/industries, have outperformed the S&P 500 over the past three years, during the Great Recession. 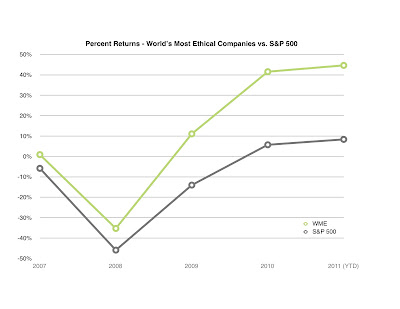 What does it mean to lead an ethical organization?
First off, you don’t just HAVE an ethical organization…you BUILD it!
You start by defining the organizational values and beliefs that are important.
This step seems to get lost with most of the entrepreneurs and start-ups that I consult with. However, it is often EASIEST to include ethical behavior/morality as part of the organization’s BUSINESS plan BEFORE a business is formed, then grows and becomes entrenched in its artifacts and hard-wired behaviors.

More than anything else though, ethical organizations are created by ETHICAL LEADERS!

Ethical leaders can be identified and are placed into positions based on the specific innate traits and skills they possess/exhibit. The qualities they possess are courage, generosity, modesty, benevolence, fairness, justice, self-control, and sociability. 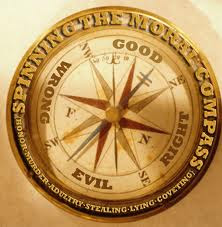 Ethical leaders display a keen sense of altruism by promoting the best interests of others (most notably their followers), at the expense of ethical egoism or acting in their OWN best interests. They are “hardwired” towards utilitarianism – the act of creating the greatest good for the greatest number of people. They always try to maximize social benefits while minimizing societal costs.

According to Ronald Heifetz: “Leaders help their followers confront and overcome conflict by effecting change.”

Robert Greenleaf’s extensive research into the field of ethical (“servant”) leaders found the following:
* Leaders should be attentive to the concerns of their followers, and empathize with/nurture and care for them.
* Leadership is given to people that should serve others.
* Caring leaders always help followers become more knowledgeable, free, and autonomous.

Social responsibility to care for the have-nots.

Given the importance of caring leaders in developing ethical organizations, why are so many institutions run by poor leaders? The answer…”they’re NOT!” They are MANAGED by people that were given positions of immense authority not based on their ability to lead but some other factor(s). The practice of putting people that are ill-equipped to lead into top positions has a special name…it’s called the “Management TRAP.”

If ethical behavior is a straight path to profit, why are so many heads of organizations ethically “challenged” these days? I mean, the list (of unethical organizations) goes on and on…British Petroleum, Bernie Madoff, News Corp, Monsanto, Exxon/Mobile, Halliburton, Adelphia, Global Crossing, Worldcom, Arthur Andersen, Enron, Phillip Morris… Clearly, while being ethical has a direct correlation with success, unethical organizations can turn a buck or (a few billion.)

An outgrowth of ethical business practices can be found in corporate social responsibility and the Green Movement. This is not the same thing as organizations putting a positive spin on their activities only to achieve goodwill/positive PR. Rather, ethical organizations exhibit a genuine concern/passion for positively impacting society long after they’re gone.

The take-away for organizations is, even if you don’t care about practicing ethical behavior for altruistic reasons then I propose your organization pursue them as a means of staying competitive.

Some great resources to explore this topic further:

So…what do you think?