We’ve Survived Worse Times Than This

Here we are just ONE week into the New Year, and you’d swear by all the DOOM & GLOOM being propagated that the year was already an abject failure.

There is NO disputing that times are still extremely difficult for many. The unemployment rate is 15-20%, not the ridiculously unreliable 8+% “official” rate being lauded by the Obama Administration. One in four Americans work in contract, consulting, temporary, NON-PERMANENT positions, and the average American will change jobs 8-10 times in their careers.

It certainly doesn’t add to a sense of confidence that things will improve, in a presidential election season in which candidates running for the Republican nomination are spewing hatred and venom at each other and the Obama administration. There doesn’t seem to be any counter or protest being put up by the media, the Republican National Convention or the population at large to focus the debate on the important challenges we face.

It’s also not very encouraging that the Occupy Wall Street movement has fizzled without the effect of building an alternative political figure to run against our 2-Party dysfunctional political system.

However, despite these times of uncertainty and pain, America has ALREADY lived through much tougher times, and come stronger as a result!

“Out of every crisis, every tribulation, every disaster, mankind rises with some share of greater knowledge, of higher decency, of purer purpose. Today we shall have come through a period of loose thinking, descending morals, an era of selfishness, among individual men and women and among Nations. Blame not Governments alone for this. Blame ourselves in equal share. Let us be frank in acknowledgment of the truth that many amongst us have made obeisance to Mammon, that the profits of speculation, the easy road without toil, have lured us from the old barricades. To return to higher standards we must abandon the false prophets and seek new leaders of our own choosing.

Never before in modern history have the essential differences between the two major American parties stood out in such striking contrast as they do today. Republican leaders not only have failed in material things, they have failed in national vision, because in disaster they have held out no hope, they have pointed out no path for the people below to climb back to places of security and of safety in our American life.

Throughout the Nation, men and women, forgotten in the political philosophy of the Government of the last years look to us here for guidance and for more equitable opportunity to share in the distribution of national wealth.

On the farms, in the large metropolitan areas, in the smaller cities and in the villages, millions of our citizens cherish the hope that their old standards of living and of thought have not gone forever. Those millions cannot and shall not hope in vain.” 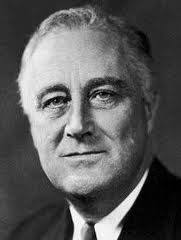 NOPE! Franklin Delano Roosevelt did, in his address to the Nation accepting the Presidential Nomination at the Democratic National Convention in Chicago on July 2, 1932.

The bottom line is, we’ve seen times like this, and we’ve overcome them before. It may seem dire but we will come through these challenges as a stronger Nation and create greater career opportunities for ourselves, in the process. We ALWAYS have!

Examples of success in business and industry, corporate social responsibility, the Green movement are all around us, as eager, energetic visionary leaders are rising to drive America forward into the 21st Century. Too bad nobody is reporting the successes being achieved in the United States. Just a few examples:

More and more professionals,seniors, and college graduates who are either out of work, frustrated by their time spent in Corporate America, or looking to fulfill their dreams are pursuing their passions and interests.

Let’s hope this trend only continues. THIS is how America will dig itself out of this funk!

Here’s to a happy, healthy and SUCCESSFUL 2012!