“I have called this principle, by which each slight variation, if useful, is preserved, by the term Natural Selection.”
– Charles Darwin, The Origin of Species

Natural selection is the process by which those heritable traits that make it more likely for an organism to survive and successfully reproduce become more common in a population over successive generations. It is a key mechanism of evolution.

Natural selection and the idea of survival of the fittest are key elements of Charles Darwin’s theory of evolution. As a Career Coach, I often wonder if there are lessons that we can learn, by applying this theory to today’s current turbulent job market. After all, survival of the fittest and the notion of adapting over time to ensure survival has a direct correlation with job seekers competing against one other in a constricted job market for extremely scarce jobs.

For example, using Darwin’s lessons of natural evolution, we would understand that applying the same outdated job strategies like responding to job classifieds, searching job websites, relying on recruiters, etc. only lead to career extinction. Instead, we need to adapt and evolve in order to survive today’s constantly changing Twenty First Century global contract workplace. Job seeker survival of the fittest demands adaptive strategies such as:
• Customizing every resume and cover letter you send;
• Contacting the people we would report to in the Department of an organization we want to work in, to sell ourselves for a job they don’t even know they know they need to fill that we’d be perfect for;
• Forget elevator pitches! You need to brand yourself like a product using your USP/value proposition;
• Developing your very own personal marketing plan; and
• Creating a strategic networking plan to follow.

Americans will be expected to change jobs an average of 8-9 times during their careers. The pursuit of lifelong learning and transferrable skills makes sense as an adaptation strategy, for workers to deal with unexpected marketplace trends, developments and circumstances. In Darwin’s theory, species changed over time and space. In the wild, the importance of adaptation is self evident when chameleons change colors in order to blend into their surroundings to hunt more effectively. What can be said of workers that pursue new skills only to realize too late that the skills they learned are no longer needed in our post-Industrial, service and technology-based society? 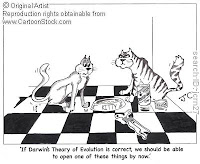 Survival of the fittest has just as much relevance in the workplace as it does on the Serengeti. It means you HAVE to develop a strategy for dealing with abusive co-workers and bosses. You need to develop a survivalist mentality when you combat peers that attempt to sabotage you by taking credit for your work, blaming you for their failures, or slandering your reputation. It demands you align yourself with advocates to partner against stronger foes for protection, as is done in the wild.
The phrase “you scratch my back and I’ll scratch yours” has as much relevance in an office setting, as its counterpart “mutual symbiosis” does when a bird rides on a rhino to pick bugs off its back.

Adapting to your natural environment is something that career changers learn how to do out of necessity. Elongated body parts to reach food sources are examples of how species change over time. An equivalent approach taken by a job seeker might entail making a career transition from an industry that is dying (printing, publishing, or manufacturing) to one that is growing (nursing, healthcare, Green initiatives.) As a society we make decisions that hurt our long-term survival, such as cutting down rain forests, polluting our water sources, and destroying our natural resources. The direct parallel of business owners outsourcing, off-shoring, and re-engineering jobs is scary.

An example of adaptation in the wild is when animal (wolf or lion) is ostracized by its pack to the point where it is forced to leave and become a “loner.” A strong connection can be drawn to disenfranchised career professionals that leave jobs working for an employer in search of freelance, contract, and consulting roles on a “go-at-it-alone” basis. In fact, research shows that one in four Americans are making this choice and the number is skyrocketing. Why is this happening? We can point to the death of the employee/employer contract as organizations have come to view employees as disposable assets.

Parallels exist between carnivores that learn to hunt in daylight or nightfall and job seekers that constantly pursue lifelong learning by taking adult education courses, pursuing professional certifications/accreditations, licenses, or taking specific skills training in your field of study or an industry you want to transition to.

A question that Charles Darwin would have certainly asked is: “Are we better off today as a society through the adaptive changes we went through since World War II?” Our educational systems are failing, a majority of the population has no faith in our politicians, entire industries are imploding, our actual unemployment rate has soared to 15-20%, the divorce rate surpassed 50%, our Middle Class is dwindling, our children are obese, we can’t afford to care for our elders or send our children to college, and many of our states are dangerously close to bankruptcy.

Darwin’s theory of evolution fundamentally changed the direction of future scientific thought, though it was built on a growing body of thought that began to question prior ideas about the natural world . Perhaps it is time for us to rethink the approaches we take to our 21st Century American Society, or we may find ourselves devolving even further.