My Trip to the Land of Gandhi, the Taj Mahal and Bollywood.
On February 26, I returned from an unforgettable, exhausting and life-changing TWO WEEK journey through the oldest democracy that is India.

It was the sort of global whirlwind tour that would make Thomas Friedman proud.
On February 12, we flew out of the Newark, NJ airport. Upon our arrival at the airport, Jamaican and Indian agents at the Lufthansa desk checked our bags and sent us on our way. After a 7 hour flight we changed planes in Frankfurt, Germany and arrived at our final destination…after EIGHTEEN hours.

We visited with family in Pune. While there, we took the train from Pune to Pimperey for a day trip. Although we bought our tickets in advance, we still had to ask 7 or 8 people where to board the train. They have cars for women only, cancer patients, the elderly, first class reserved…everyone. But if you get on the wrong train car with the wrong tickets, you get thrown off (literally, as happened to a homeless boy next to us) or (potentially) arrested (as almost happened to us!)

In Pimperey we visited a temple, shopped in the market stalls, and ate mutton and a hole in the wall. At every turn, there was something amazing to see.

That Friday we flew from Pune to Gandhi airport in Delhi then went to old Delhi to visit the Mahatma Gandhi memorial. It was like the tomb for john F. Kennedy at the Arlington National Cemetary with the ever-burning flame. We then visited the ancient forts with Hindu-Islam shared influence Qtab Minar, Jama Masjid, and Lal Quila (“Red Fort.”) We stopped to see the new Delhi Indian Parliament and monument to India’s fallen soldiers. The highlight for my daughter was our rickshaw rides through the back alleys of Chandani Chowk. 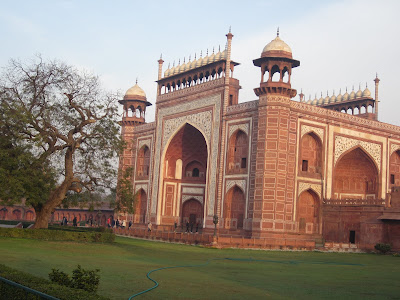 On Monday, we drove from Delhi to Agra (a four hour car ride) and visited the paanch mahal palace at Fatephpur Sikri, built by the Mughal emperor Akbar in honor of Saint Salim Christi whom he visited when he was desperate to conceive a son and male heir. After visiting Salim Christi, Akbar’s wife conceived a son. The palace served as the capital of the Mughal empire from 1571 to 1585. So cool! 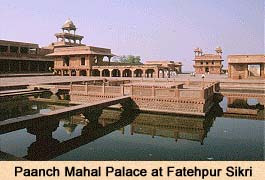 We then saw the Taj Mahal. It’s really hard to describe adequately the true splendor and stunning architectural beauty of the Taj Mahal. Suffice to say, this American who grew up in New York City, lived in San Francisco and Washington D.C. was rendered speechless! 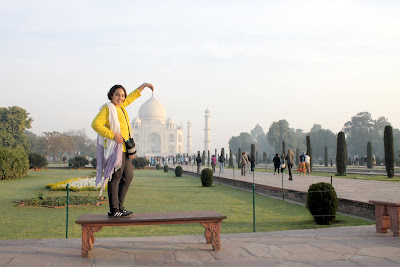 After that, we finished our journey by visiting Mumbai (Bombay) a major Metropolitan city. My family visited my wife’s mother’s two Aunts who are in their late 80s but still as feisty as ever. My daughter spent an afternoon with FOUR generations of her mother’s family. You simply CAN’T put a price on that!

What amazed me most about India’s society is the tremendous dichotomy that exists in all things, from the unbelievable opulence of the Taj Mahal Palace hotel in Mumbai to the abject poverty and squalor of the surrounding shanty towns. 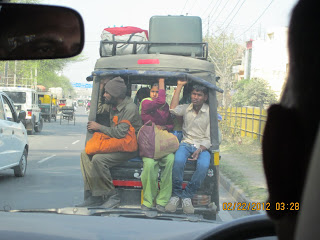 Another example…there is significant disrepair evident at the national monuments. Graffiti painted on the walls of the Queen Victoria train station and cut into the red stone of the Red Fort. Meanwhile, corporations are funding a massive effort to build Colleges and Universities to educate the impoverished, socioeconomically challenged lower classes to defend against ever having to outsource labor.

The Government, despite rampant corruption, is making a major effort to work with these companies to bring higher education to the poorest, least educated segments of their society. 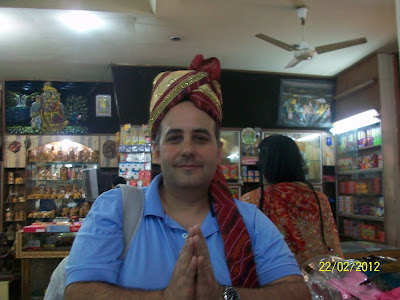 America could stand for a bit of that emphasis on making higher education more affordable for the masses as a way to spur on business start-ups and business growth along with career mobility for all. Clearly, we could stand for a greater emphasis on, and appreciation for, the importance of educating more segments of our society as a means for achieving career success for millions of Americans.

It was a once-in-a-lifetime trip. We experienced the rustic villages, massive religious temples, historic palaces and forts, sprawling new urban centers and suburbs expanding from over-populated cities. In all our experiences, the backdrop was the fusion of past, present and future colliding and co-existing.

Having said all that, I’m glad to be back in America where you see the taxis coming at you before they strike, motorists stop for pedestrians and the cows, elephants, and camels all stay off of the highways.
Be on the lookout for my next blog: “Ethan ROCKS consulting in 2012!”