Now more than ever seems a perfect time to question the relevance of Labor Day in America.
For most americans, Labor Day means little more than a calendar-imposed deadline signifying the end of summer and back to school. There is the mandatory end-of-summer barbecue of course, and the deluge of back to school sales.
But truly, what does Labor Day mean in these trying economic times with 9.4% of the population OFFICIALLY out of work.
The Unions that fueled the growth and expansion of our economy after WWII and the Industrial Revolution have lost much of their relevancy. This happened over decades, as our economy transitioned to a post-Industrial, technology and service-based workplace and we outsourced, off-shored, and sold off our ability to do most business functions.
Strong unions rose in many industries, from automobile manufacturing to retail, airlines, teaching, etc. This led to higher wages and compensation levels that forced american enterprise to fall behind other nations in their ability to compete in the 21st century global economy.
The two-way contract based on loyalty and trust between employees and employers, built on the promise of a hard days’ work for honest pay no longer exists. In today’s contract economy, workers have few rights. An economy drowning in an unofficial national unemployment rate close to 15% screams for a halt in the farce of “celebrating” this outdated holiday.
So, what does Labor Day truly mean? Most workers that have been downsized over the past two years have been forced to go at it alone. Many have been forced to attempt to start their own business. An entirely new industry called “accidental entreprenuers” has popped up featuring people that have gone into business for themselves.
College students that graduated at the start of this summer have witnessed companies lay off their parents and grandparents. Today’s graduates, with no real job prospects of their own to pursue, are themselves becoming entrepreneurs. They are keenly aware that there is no such thing as employer loyalty.
Small businesses, the key force that has fueled new jobs creation during past post-recession periods are suffering mightily. The Obama Administration has done precious little to help small business owners survive these trying economic times.
So, let’s not go through the bogus act of celebrating Labor Day another year. Just pass me the BBQ and give me another ice cold beer. 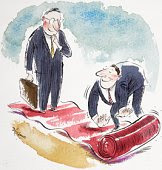 How often do you say you are going to deliver something to someone, only to end up getting it to them late or not delivering what you promised at all?
When was the last time you showed up late to a meeting, or missed one altogether?
Do people wanting to speak with you have to leave you numerous voicemails and email messages, which you never respond to?
Have you ever joined a conference call in-progress or missed it completely?
When you are working on a project in a team do you often hold up the others by missing key deadlines?
Be honest. Did you find answer these questions with an emphatic YES?
If so, you can bet that you have burned bridges with your social and professional contacts, by creating A LOT of ill will. You are not the only one with tremendous time constraints these days. We all struggle to balance home and work life commitments. Many people are juggling not only their own jobs, but the jobs they inherited when their company laid off their peers and pushed the work onto them.
So everyone is running at 150mph. It’s time you thought about scaling back your commitments and focus on a more professional commitment to your key work and social relationships. Re-establish your high standards of professionalism, by exhibiting more courtesy and respect in your dealings with others.
Perhaps you have joined too many organizations. Start by scaling back your networking efforts.
Then, rethink all of the cross-functional Teams you joined at work. Maybe it is time to scale back some of the extra-curricular activities you committed to in your community?
The last thing you want is the reputation for being a flake, known for making false promises and not being trustworthy in your dealings with others. If that is the perception others have of you, it doesn’t matter whether it is just or unjust.
You need to begin working VERY hard to re-establish your personal brand. Build up your reputation for being someone that others can count on. Treat others with the highest level of respect that you would hope to receive. It’s an investment worth making.

When they say the Internet is the great equalizer, they aren’t kidding. It has never been easier for potential employees to uncover your company’s background. This means the good…as well as the bad.

Employees have an entire arsenal of tools. One way they can find out what it is like to work for your organization is job vent websites, where your employees (ex-employees and current employees) can write about their experiences working there. Some websites include:
At a recent presentation that I gave in New York City to a group of entrepreneurs on how to start up a business in trying economic times, I struck up a conversation with a Business Analyst that worked for a consulting firm based outside Chicago, IL.
We got to talking about our beliefs in consulting. She suggested I have a dialog with the head of their recruiting team, in order to explore the prospect of contract work with them.
I scheduled a time to speak with that person, but first did some investigation…and here is what I found out:
· Their President was disbarred from practicing law in NY for soliciting a 16-year old prostitute;
· They had a class action lawsuit filed against them by 113 female employees claiming sexual harassment;
· They had a lawsuit filed against them by 400+ ex-clients they had bilked them out of money on bogus consulting services.
Armed with this information and other research, my one and only conversation with the head recruiter was very enlightening, to say the least.
If your company is interested in recruiting top-notch talent, it can no longer hope to hide behind its private company status. Lawsuits, liens, judgments, bankruptcies…none of this type of information can be swept under te rug and hidden from plain sight.
Gone are the days when proactive job seekers, potential partners, vendors, suppliers, etc. would have to go to a firm like Dun & Bradstreet to obtain this type of information on your company.
The information is publicly accessible and can be obtained in minutes with a quick search on Google. So you better be prepared to answer tough questions from job seekers looking to understand what ethics your company espouses, what it is REALLY like to work there and what sort o culture you have created.
What do you think?

You see the lists all the time in newspapers, trade publications, online…the supposed “Best Companies to Work for”.

Given the economy’s continued woes, I decided to put on my job seeker hat and see what it would be like to try to contact these supposed best of breed companies, as a potential employee.

Nothing speaks to greatness like having someone express a tremendous interest in joining your company…or so I thought. I wanted to see what it would take to establish a dialog with them. The results would make your head spin.

I used as my list the 2009 Society of Human Resource Management “Best Companies to Work for in New York State” in the Small/Medium Category (15-249 Employees.) Since most jobs are created by companies categorized as small companies and you would obviously assume that a “Best Company to Work for” would be worth targeting, these are the companies I decided to pursue.

Of the list of 20 companies in NY State, I excluded those that were outside of the NY Metro area (my target area.) That left me with nine companies. I then researched these company’s core businesses, including their products and services, competitors, management, recent financial performance, competitors, etc.

Then I developed a VERY targeted cover letter to each of them, in which I addressed their specific business challenges. I offered my twenty plus years of strategic planning, marketing management, and new business development experience in B2B business environments. I also spoke of my expertise in providing solutions as a consultant to small and mid-sized businesses.

The results were disappointing TO SAY THE LEAST! Not ONE of those nine companies responded to my initial inquiry seeking an audience with that member of the management team. Nor did they respond to any of my subsequent voicemails and email follow-ups.

These are the Best Companies to Work For”? Welcome to today’s lack of professional courtesy workplace, as evidenced by the best of the best.

No wonder so many disgruntled professionals are leaving Corporate America to start their own business ventures or are checking out of the workforce completely.